The apartment is located in a residential neighbourhood in Lanciano and is situated 5 minutes on foot from the main sights, main historical, cultural, artistic and religious locations of the town. Besides, in the close proximity of the apartment our customers can dine in restaurants that serve local and traditional food, enjoy a coffee or an aperitive in a characteristic cafe/bar, eat a traditional pizza in a pizzeria and have access to supermarkets and chemists. Also, the bus terminal is located near our B&B.

Walking through the four historical districts Borgo, Civitanova, Lancianovecchia e Sacca, tourists can visit different churches, the most important being The Church of Santa Maria Maggiore built in the 12th century which represents one of the most important buildings of the town. The Torri Montanare are simply the remains of the ancient town walls which guards the entire town from the valley to the sea. The last ancient door remaining from the nine ones built in the Middle Ages called Porta San Biagio. The town offers illustrious and ancient buildings likewise Palazzo De Crecchio o il Palazzo del Capitano.

Lanciano houses and preserves the Church of Saint Francis Eucharistic Miracle. It represents one of the most ancient and paramount religious pilgrimages’ destinations in the world. The Eucharistic miracle occurred precisely in Lanciano during the VI century.

Numerous are the events and the historical reminiscences that celebrate the history of the town. The most celebrated day are those in September dedicated to the Patron Saint. The following is honoured with pyrotechnic spectacles, wagons parades, concerts, the Mastrogiurato investiture which occurs every first Sunday in September. It represents a memorable appointment of historical re-enactment bordered by a week of medieval spectacles with guests coming from all over Italy and from all across Europe. These guests organise markets in the Old Town’s alleyways during the festivity of Saint Egidio. In such an occurrence, visitors can find and buy the characteristics bells of Lanciano.

The town hosts some of the most affluent and influential trade fairs in the southern regions of Italy, likewise the Agricultural National Trade Fair which occurs every Spring. Every year, during the summer holidays, musical concerts are organised in the town centre. Also, cultural seminars and recreational activities linked to music take place. These events are surrounded by musical courses arranged by a local association and charity called Estate Musicale Frentana.

The B&B Doni is ideal for business travels and stays in the town, or it can represent a starting point of departure for excursions towards tourist destinations in the Region of Abruzzo, notoriously situated in between the heights near National Parks and the waters of the Adriatic seas. 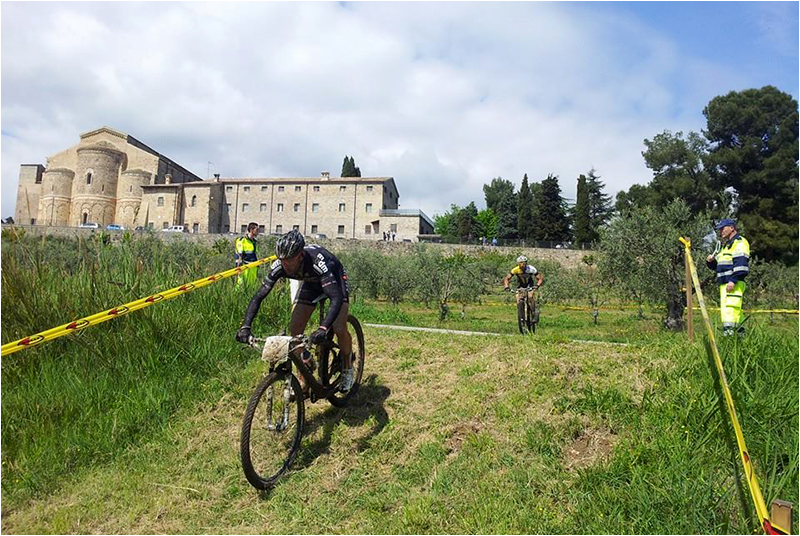 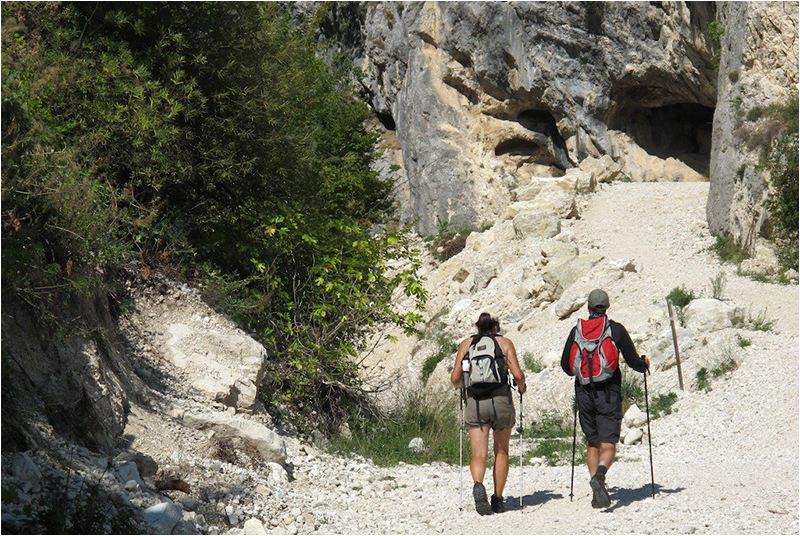 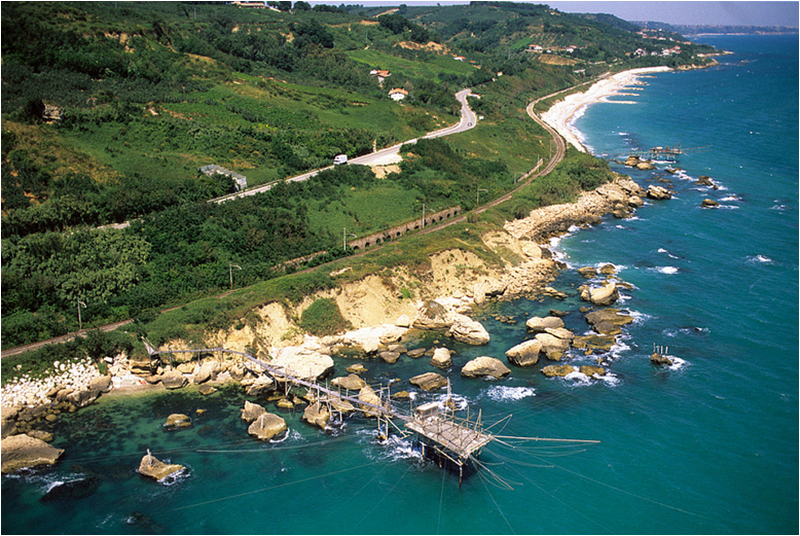 For the lovers of two wheelers, a few kilometers yes at the center of ways suitable for beginners and experts. The trails are immersed in the woods with numerous sights of the sea and with many places of great historical importance to visit such as the splendid Abbey of San Giovanni in Venere. As a particular interest, it should be noted, the suggestive via Verde on the Costa dei Trabocchi and, for the more experienced, the renowned and more demanding "gran fondo di Venere". For those who want to explore the most remote and suggestive places, it is also possible to book an excursions expert guide.

The estate offers many variety of different types of difficulties routes; some are more suitable for those who prefer to enjoy relaxing walks and/or challenging walks. In addition to trails, for all mountain lovers, the nearby Majella massif is full of marked trails and suitable for everyone. There are available maps of routes with descriptions, altimetries and various difficulties. An expert guide and round trip transport are also available.

The ski area is located in the Majella National Park. Location: Pretoro (at 52 km)

Location: Pizzoferrato and Gamberale (at 58 km)

Itinerary on the Costa of Trabocchi
Staring from San Vito Chietino and, following the coastal strip of Abruzzo facing the Adriatic sea, reaches Rocca San Giovanni and Punta Cavalluccio. The stretch of the Abruzzi coast between Vasto and Ortona is characterized by the presence of particular wooden constructions similar to stilt houses the "Trabocchi". ". These structures, once used for fishing at sea, belonged to the so-called "Trap net", as local fishermen used to fish avoiding the use of boats. Strong and fair as the people who built them.

Along the SS 16 (Adriatic Sea)are located these Trabocchi that reveal themselves in the eyes of the visitor, to attract the attention even of the most distracted. The "Coast of Trabocchi" reveals, to those who seek it, its special ancient, simple, reserved beauty.

Some Trabocchi are for private use (once they were inherited like any other precious commodity, because they were precious, guaranteeing the survival of entire families of fishermen). Others have been turned into small restaurants. Some of them have survived storms and powerful winds coming from the sea. Other instead, have collapsed and gone destroyed, and abandoned to their sad and unjust fate troughout the decades. 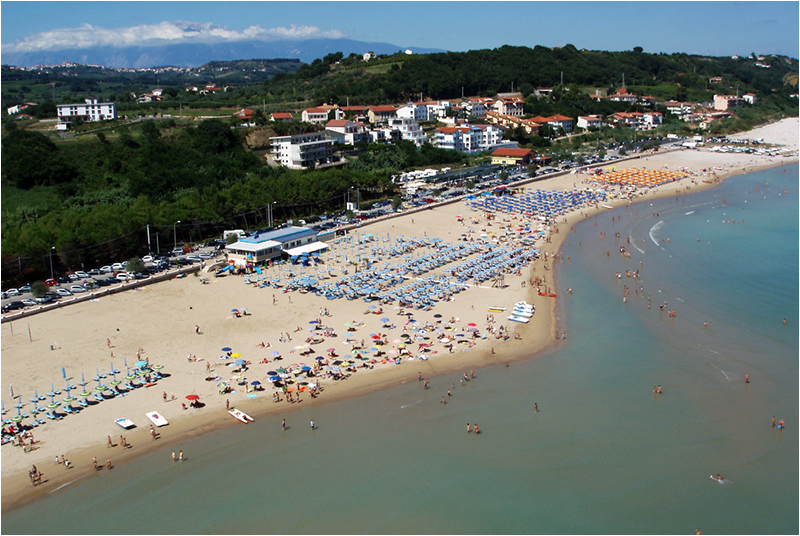 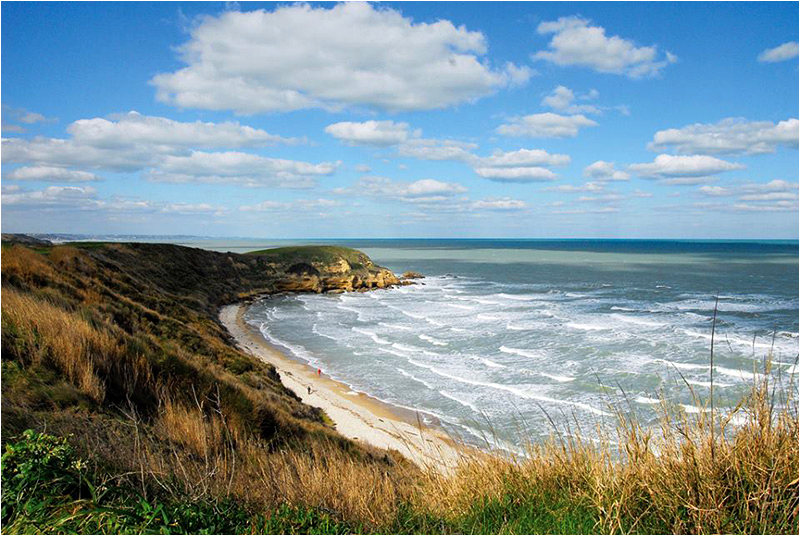 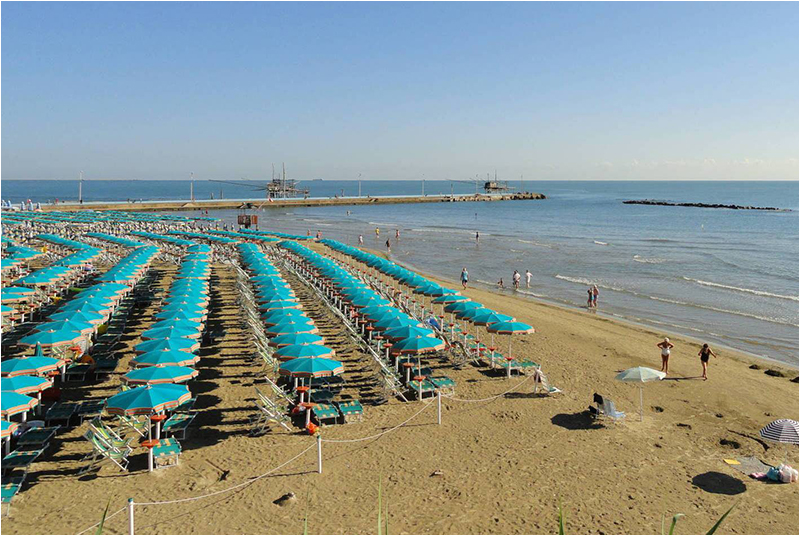 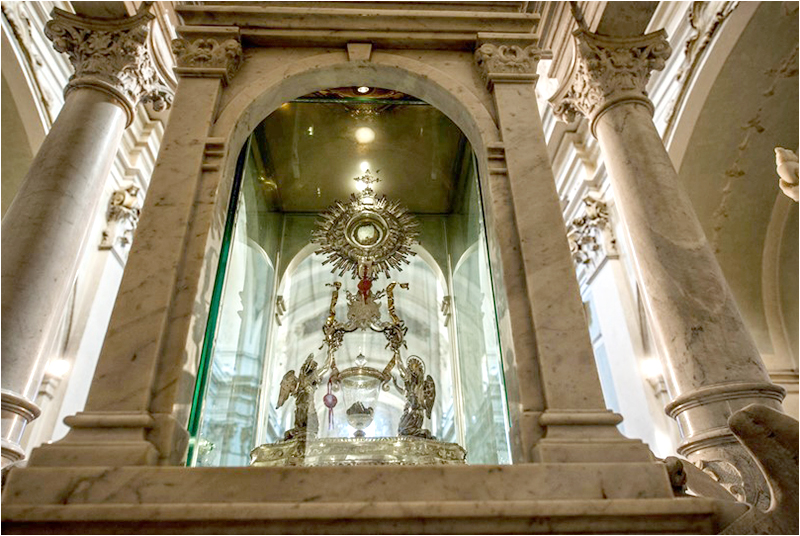 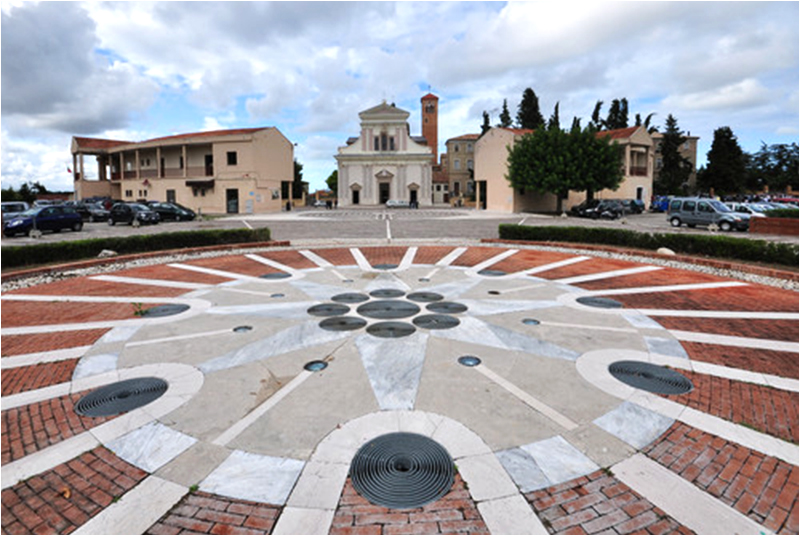 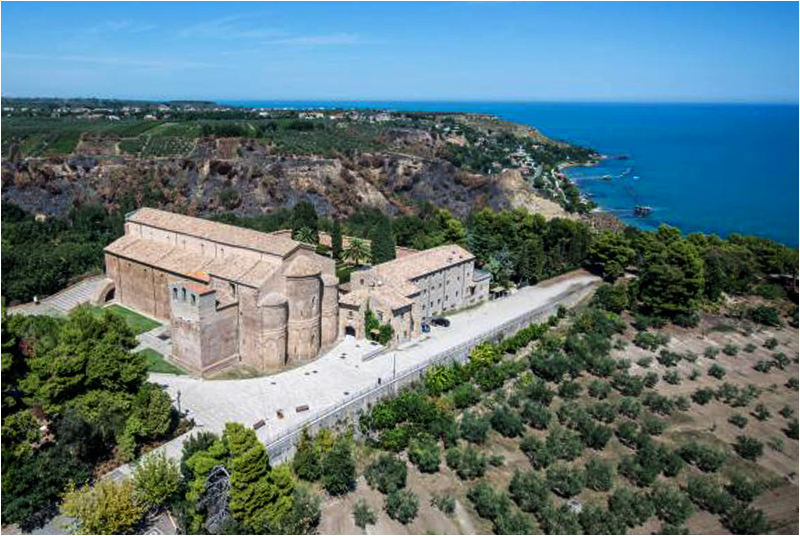 Abbey of St. John in Venus
Benedictine Abbey built in the VI century on the remains of a temple dedicated to the goddess Venus and enlarged in Gothic-Cistercian style in the 12th century.
Location: Fossacesia (at 12 km)
Basilica Madonna of the Miracles
Dedicated to the Most Holy Mother of Miracles, who appeared to a peasant in 1576, revealing to him as a storm had struck the town the day before. A destination for pilgrimages, it is described by Gabriele D'Annunzio in the Triumph of Death.
Location: Casalbordino (at 32 km)
Sanctuary of the Eucharistic Miracle
The main religious destination is the Eucharist which has become the body and blood of Jesus.
Location: Lanciano (at 350 m)
Cathedral of St. Thomas the Apostle
The remains of the Apostle Thomas are preserved there
Location: Ortona (22 km)
Celestinian Hermitage, Madonna of the Altar
At 1300m altitude, it witnesses the ascetic life of Peter of Morrone, the consecrated hermit Pope Celestino V in 1294. His pontificate lasted only 5 months because he renounced his choice to the tiara, that is why Dante appealed to him in the Divine Comedy as "he whom for the cowardice made the great refusal".
Location: Palena (at 58 km) 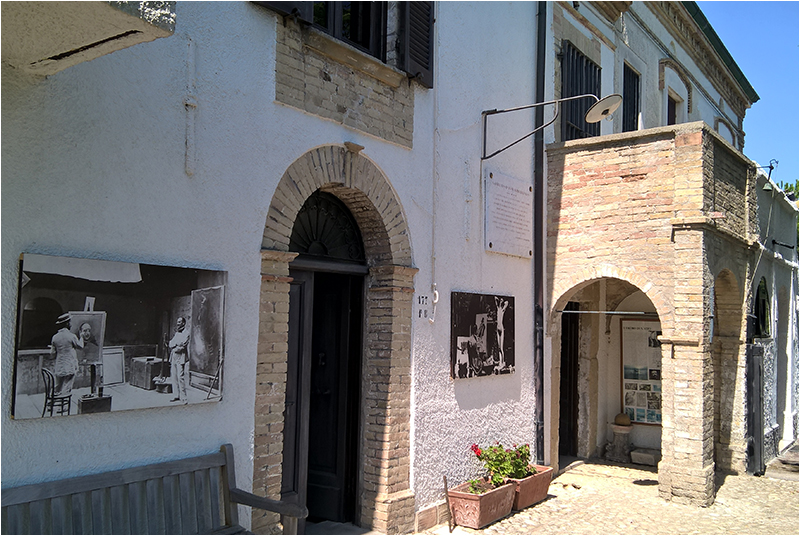 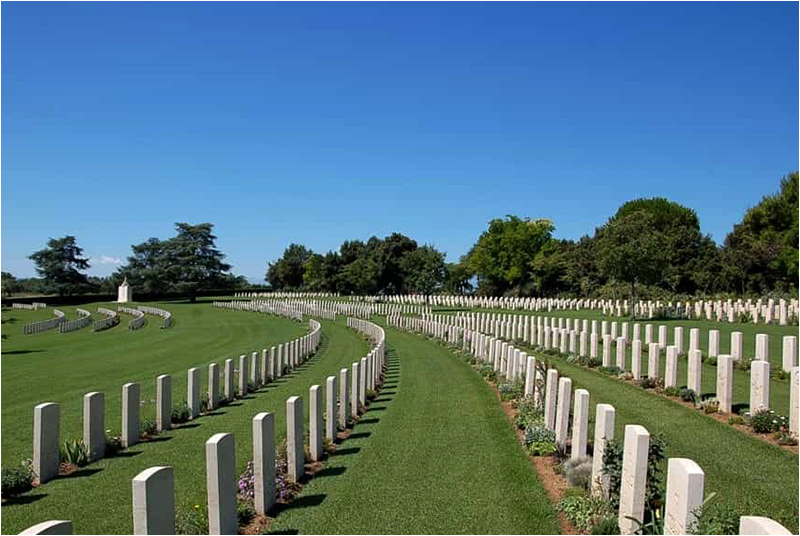 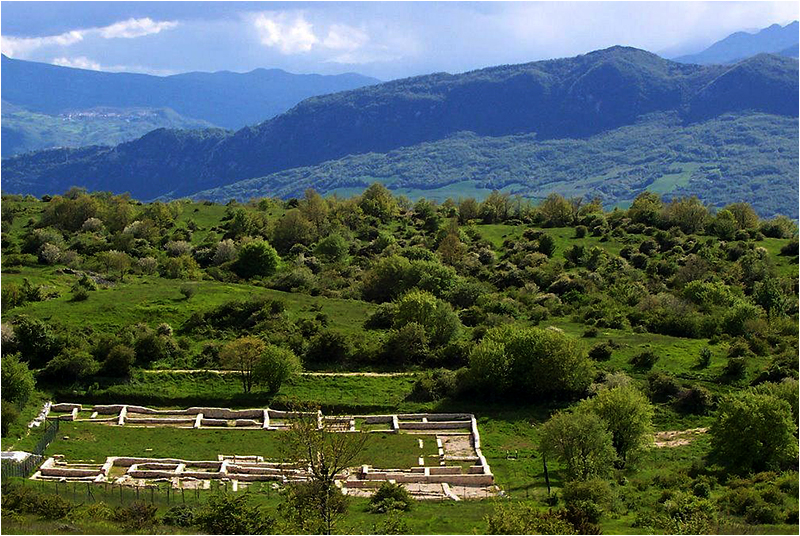 Hermitage D'Annunziano
house museum of Gabriele d'Annunzio, who stayed in the summer of 1899 together with Barbara Leoni, chosen and recommended by his friend Michetti for the particular beauty of the places. During this stay the poet wrote "The Triumph of Death", an autobiographical narration of his great Roman love from the first meeting with Barbara to the two months spent with her in the Hermitage on the promontory.
Guided tours
Location: San Vito Chietino (14 km)

Archaeological Area of ​​Iuvanum
Monumental remains of the ancient Iuvanum, one of the most important regional archaeological sites: paved streets, a hole and baths of Roman origin.
Location: Montenerodomo (at 45 km)
Monte Campano Naturalistic Archaeological Park
The megalithic walls of Monte Pallano are the remains of a powerful fortification presumably erected by the ancient Lucani of Sangro.
Location: Tornareccio (at 38 km)
The Country of Chalk
Medieval village built along the profile of the excavated and modeled rock. Suggestive example of "biological architecture" that has characterized the history of the villages of the territory.
Location: Gessopalena (at 35 km)
Sacred area of ​​the Italic temples
Remains of two Roman temples flanked, with the monumental altar and the necropolis dating back to the 10th century BC
Location: Schiavid'Abruzzo (at 70 km)
Canadian military cemetery
The fallen of the Commonwealth of the Second World War.
Location: Ortona (17 km)
British military cemetery
Location Torino di Sangro (at 18 km) 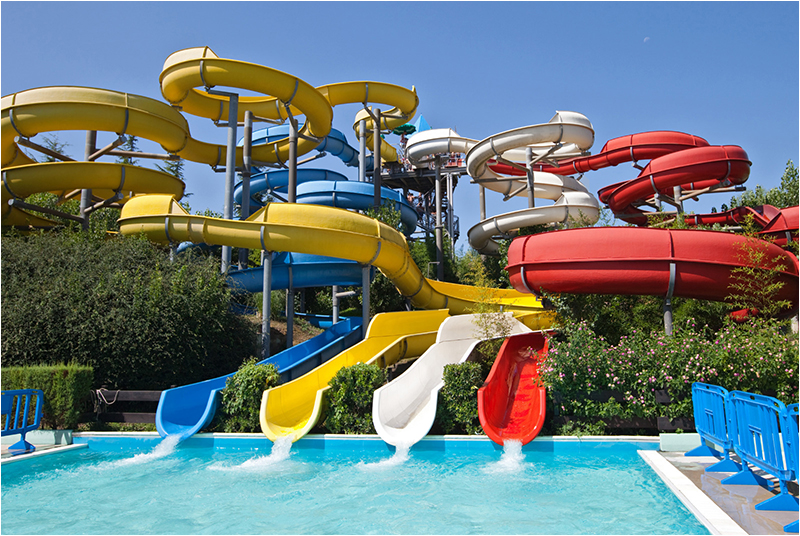 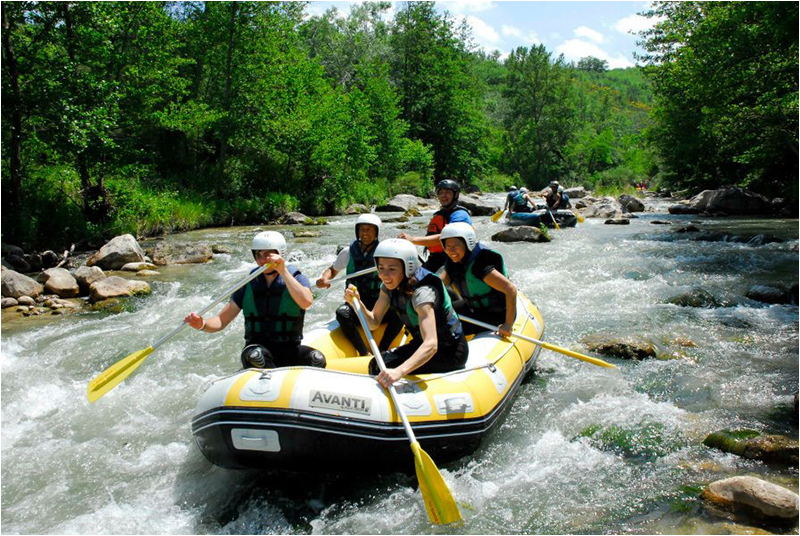 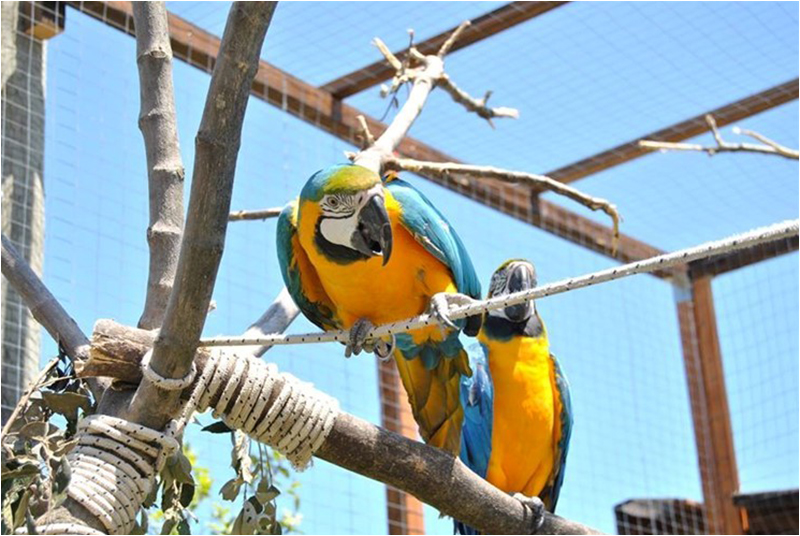 Zoo Safari Park of Abruzzo
Location: Rocca San Giovanni (at 9 km)
VastoAqualand
Water park Location: Vasto (at 40 km)
Rafting on the rapids of the Aventino river
Challenge the Aventine's rapids by testing the adventurous spirit with a raft or kayak excursion, a walk in bed and on the banks of the river (water trekking) or a night-time night-ride. (at 32 km)